Like aphids, this scale insect has sucking mouthparts which suck the juices from the plant cells. Since they cannot utilize the “sugars” in the cells, they secrete it as a waste product called “honeydew”. The sticky honeydew is usually the first sign that a Crape Myrtle is infested with a sucking insect. (Aphids and leafhoppers also secrete this honeydew, so it is always wise to check for these pests, too.) A black “sooty mold” grows on this sugary substance and is often mistaken for a leaf fungus. Crape Myrtle trees that are infested with Crape Myrtle Bark Scale (or CMBS for short) will have immobile white to gray adult scale insects on the bark and twigs. When crushed, this insect will exude a pink substance that will positively identify it as CMBS. There may also be small pink “crawler” scale on the bark or under the female scale insect. Close up of CMBS and scale insects on twigs.

Adult female scales attach themselves by their mouthparts to the bark of the tree and begin to feed. As the female matures it secretes whitish to grayish waxy filaments that cover her entire body. The female lays eggs under this covering which hatch into a crawling nymph stage. The nymphs will move to other parts of the plant or be dispersed by wind or birds to another tree and begin the process over again. It is estimated that two or three generations occur annually in our Zone 8 location.

Control of this pest can be difficult. Soil applied neonicotinoids can be used to suppress Crape Myrtle Bark Scale, but it must be applied to the soil at the correct time of year. Make the application just before the Crape Myrtles leaf out in the spring, well before blooms form. This early application will ensure that the product is translocated to the top of the tree as the tree leafs-out.  This early use will also minimize the affect the insecticide has on bees, since it is used before blooms appear. (It is never recommended to spray Crape Myrtles with a chemical insecticide when it is blooming, as bees will be affected)

The black sooty mold that appears on the trunk may be removed by using a soft brush and mild soapy water on the trunks. The affected leaves should be raked and bagged when they fall.

It may also be beneficial to apply Horticultural Oil at the “dormant season rates” in late February. As always, thoroughly coat all stems and trunks with the oil. Spray when the temperatures are between 45°F and 85°F and the humidity is low. The oil dries quickly and the insects are suffocated.

Lady beetles have shown to consume massive amounts of the crawler stage of this pest, but it is usually too late in the season to prevent the sooty mold from disfiguring the tree. If you would like to stay with organic options, you could gently scrub the scale adults on the trunks with a mild soapy water solution early in the spring before the leaves appear, and count on lady beetles to control them in the summer months. Although Crape Myrtle Bark Scale is rarely fatal, it affects the aesthetics of the tree tremendously. We recommend that you check your trees often to catch it early. 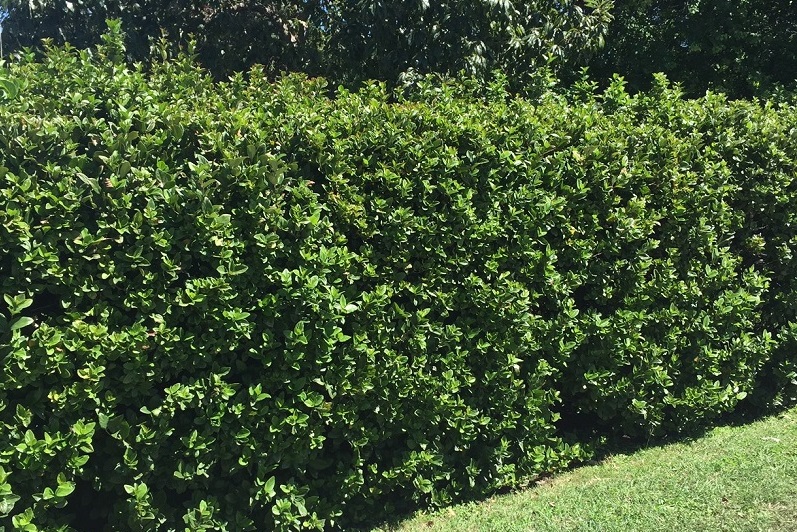